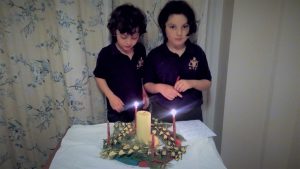 Thank God for Isaiah of Babylon!

Most scholars agree that the Book of the Prophet Isaiah, as we have it in the collection of 39 books that Christians refer to as the Old Testament, is the work of not one but of three people.  Their work spans three very different periods of Jewish history.  Isaiah of Jerusalem (Isaiah chapters 1 – 39) relates to the work of the prophet of the eighth century BC.   Centred on Jerusalem and against the background of the rising threat posed by Assyria – the world super-power of the day – Isaiah speaks in the name of God and brings dire warnings of God’s severe judgement on His people.

Superpowers and their empires do not last for ever. The Assyrian empire was overtaken by the Babylonians.  Their policy was death and destruction to nations and peoples that got in their way.  In the sixth century BC, Jerusalem was flattened, her leading figures killed, and the remainder of the population taken into captivity to Babylon. That remnant of people from Judah and Jerusalem languished in slavery and exile for fifty years.   It was into the situation of exile in Babylon that the Second Isaiah (chapters 40 – 55) works and speaks – again in the name of God.  There are no more doom-laden passages but rather a message of God’s redeeming purpose worked out in the events of history.  Alongside sublime poetry and the idea of the Servant of God – a servant who suffers – there is the message that the exile is coming to an end.  Under Cyrus, the Persian Empire was rising with a new policy that allowed captive peoples to return home – as happened after around 536 BC.   There is the thrilling message of Hope; there is this first word of our passage for today – ‘Comfort’.

Isaiah of Babylon goes a long way in adding a whole dimension to our understanding of God. In the passage from Chapter 40 we read of God’s coming with power, bringing with him the people he has rescued.  We also have the picture of God’s tender care of his people – ‘He will take care of his flock like a shepherd;  he will gather his lambs together and carry them in his arms; he will gently lead their mothers.’ Isaiah 40 vv 10 – 11.  Unsurprisingly, in the words – and indeed in the whole approach of Jesus, who knew his Bible – we find a clear understanding and application of the message of the Second Isaiah to himself.

It is Isaiah of Babylon (along with the prophet Malachi 3 v1) that Mark quotes right at the beginning of his Gospel.  Our New Testament passage for this Sunday is the opening verses of Mark.  In a short, twelve-word verse, Mark sets out his understanding of Jesus.  He is the Christ – the Messiah.  He is the Son of God.  It is Good News.    In the following sixteen chapters, Mark will amplify this introduction and we will see both the human and the divine Jesus.  For now, with his quotation from Isaiah 40, he launches straight in.   There is no star, no stable, no manger, not even Bethlehem.  There are no angels, no shepherds, no wise men, not even Mary and Joseph.  There is, however, John the Baptiser – an austere, ascetic figure.  I like the idea of the honey in his diet, but not the locusts.  The leather belt is wearable but perhaps not the camel-hair shirt!

John’s was a compelling cry from the wilderness.  In the wilderness experience that we have known this year and that is still with us this Advent Season, does that cry still echo and are we receptive enough to hear it?

There was a very real note of expectancy in John’s person as well as his message.  Malachi spoke about the messenger who goes ahead and prepares the way.   Isaiah wrote about the levelling of the landscape in order to ensure a smooth and safe journey for God’s coming.  Whatever their hopes for the Messiah who was to come – and sometimes these hopes were misguided and mistaken as we shall see later in Mark’s Gospel, people were ready to respond to John.  Mark tells us that many people from Judea and Jerusalem went out to hear John’s preaching.  In some versions of this passage – as in the original Greek, we read ‘all the people of Judea and all the people of Jerusalem’. Mark uses deliberate exaggeration to emphasise that sense of pent up expectation that enabled response to John even with his straight, uncompromising talk.

Is Advent for us just trees and their lights, shopping and its queues, quantities of food and drink?

Or, this year especially, in what will be for most a very different Christmas, can we hear John’s cry and find a renewed and rekindled sense of expectation of the Christ who continues to come to us?

There was in John’s message a call to repentance and a note of God’s forgiveness.  The word here that is sometimes translated ‘repent’ or ‘repentance’ comes from a root meaning ‘to change one’s mind’ and behind it is the Hebrew verb ‘to turn around’.  John couples it with the promise ‘God will forgive your sins’. In Isaiah’s passage, with a word of encouragement, he tells his people ‘their sins are forgiven’. Isaiah 40 v 2.    To turn from our sins and our sinfulness is an act of will and heart.  God’s forgiveness is an act of grace and love.  Accepting it is an act of faith.  On the banks of the River Jordan the turning by the crowds of people resulted in deliberate action – Baptism – a symbolic cleansing.

In this Advent Season, how does our penitence and the knowledge of God’s forgiveness show itself in what we do and in who we are?

John the messenger acknowledges his role in preparing the way for the Coming One – the one who is greater than him.  It was the slave or the servant’s task to remove dusty sandals from his master’s feet.  John’s preparation has been baptism with water, now he promises a far more powerful baptism – the Holy Spirit.  In Mark’s Gospel, just as there are no accounts of the birth of our Lord, there are neither accounts of the Risen Jesus nor of the giving of the Spirit as in John 20 v 22 or the promise of the Spirit – Luke 24 v 49 or His coming to the disciples at Pentecost – Acts 2. Instead, and as soon as Mark 1 v 10, Mark clearly shows the ministry of Jesus as being directed, impelled even – by God’s Spirit, Mark 1 v 12.

In this Advent Season, how do we claim the indwelling, enabling and enlivening power of the Spirit in order to prepare ourselves again to receive and welcome the Coming One – Jesus, who, as ever, is Emmanuel – God with us?

P.S. For completeness, the Third Isaiah was at work back in Jerusalem after the return from Exile.

P.P.S. As well as the streamed Services from Bemerton, Salisbury and Steve’s Sunday Service and his daily Morning Prayers, Anna is presenting Compline each day as a form of Evening Prayer.

It is accessed at: