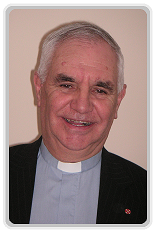 Connexion – with its rather quirky spelling, is far more than a word from antiquity and John Wesley’s time.  In just one word it sums up what we as Methodist people are all about.

I sometimes hear people using the words ‘the Connexion’ in a derogatory sense.  It’s as if the Connexion is someone else – them!   We are a large multi-faceted multi-million pound organisation. As such we have a team of Connexional Officers, many of whom work from Methodist Church House in central London.   Many are long serving and experienced people who serve the Church with great commitment in administration, guidance and leadership.  As a national Church we could not do without them.  However, the Connexion is far more than just that central organisational body.  Within our methodical way of doing things, we have a structure of District and Circuit – each with a body of officers whose role is to support and enable the local Church in its worship and mission.

Members of our ten local congregations in the Salisbury Circuit, the wider Southampton District and the national Church, stretching from Shetland to the two congregations on the Scilly Isles, belong together.

We are connected together through our membership of the Church and, importantly, to Jesus Christ who prayed on the night of his arrest ‘that they may be one.’   That connexion is not only Methodist people in this country, we are a multinational with branches and links right around the world.  The world Methodist family is numbered in the millions and in many places it is a growing family.

It’s even more than that.  If nothing else, the Cop26 gathering has reminded us that we belong to one international family.  People living on the threatened low-lying Marshall Islands or the shanty townships of Africa or the refugee camps of Syria are as much part of the whole as those living in high rise apartments in New York.  Perhaps as never before we are sharing a growing realisation that we are bound together by our common humanity and our mutual responsibility.

In a world of complexity and infinite variety, just perhaps, the word Connexion is the right word to use, not of things but of people.